Driving Commitment and Accountability in a Team (Examples + Guidance) 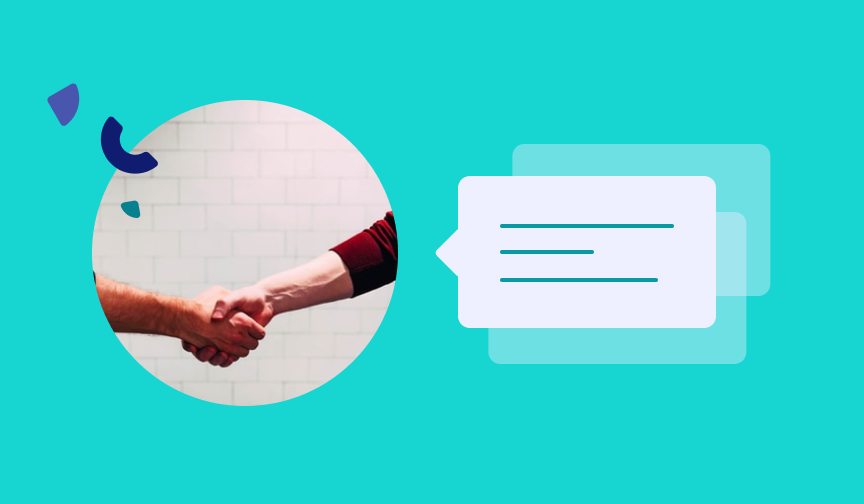 Because the best teams not only hold themselves accountable to the things they've committed to doing, but also each other. Whether this be completing a task on time, or achieving team goals.

For the latter to happen, each individual team member has to be accountable for their own individual contribution to the team. And it's down to the manager to ensure this happens.

By encouraging team members to honor their commitments. Something that is only possible when a conversation finishes with a "promise of action", and not a statement of intent.

The bottom line is that without accountability, team members won't take ownership of tasks, work won't get finished, and commitment to achieving team goals will be lacking.

So, how can your managers improve accountability and drive commitment in their team?

What is team accountability?

According to Henry Evans, “[Accountability is] clear commitments that in the eyes of others have been kept".

The emphasis here being on the phrase "in the eyes of others".

In high performing teams, accountability is demonstrated through transparency with one another, for example making commitments visible to teammates through the daily team standup, or in the project status update meeting.

But that’s not the only way accountability shows up in the workplace.

In the workplace, accountability is often about setting goals and holding team members responsible for completing the tasks they've committed to.

While your managers play a central role in ensuring the overall success of the team, team accountability doesn't mean that the manager is solely responsible for this.

Far from it. After all, it takes the entire team to achieve results.

What happens when there's a lack of accountability in a team?

The problem with the term 'team accountability' is that it's often only spoken about when something goes wrong. Resulting in it having a negative connotation.

As an example, people often think that accountability is 'catching' employees making a mistake, or telling tales on coworkers.

Patrick Lencioni identifies avoidance of accountability as a real fear, and the single most common area of team dysfunction. And the reason we avoid it, he says, is because it's hard to do:

"The "wuss factor" happens when a team member or leader constantly balks when it's time to call someone out on their behavior or performance." — Patrick Lencioni

But what does a lack of accountability in a team look like?

How to improve accountability and commitment in a team

Unfortunately, lack of accountability is a very real problem for organizations, with 25% of managers claiming that it's their team's biggest challenge.

So, what's the solution?

Before we answer that, let's start with what isn't the solution - making everyone accountable for the same thing.

In this section, we'll dive into how managers can improve accountability in their teams, starting by getting initial commitment.

How to get initial commitment

Take Jeff Bezos for example - he uses the ‘disagree and commit’ rule when decision making.

This means that team members might have to commit to a decision where they had a different point of view, for the sake of moving forward. It doesn’t mean their opinion is ignored, it means that as a member of the team, their differing opinion is valued, but a decision has to be made.

And as a committed member of the team, they have to essentially disagree but commit. Because that is the mark of a selfless team player.

So, how can your managers get initial commitment?

As an example, this could look like: "To prepare the report for Julie, I need the final numbers by Friday. Are you OK to do that?"

Fred Kofman points out that there are only five clear answers when you seek a commitment from someone.

And three are intermediate answers:

3. "I need clarification before I can answer"

4. "I promise to give you an answer by this date" - (commit to commit)

Managers need to be wary of non-commitments, which Kofman calls 'weasel' commitments.

An example of a 'weasel' team commitment?

Now that we've covered how managers can improve team commitment, let's look at how they can increase team accountability.

When people know their roles and responsibilities, it helps develop a sense of ownership and they’re more likely to commit to their work.

Defining roles and responsibilities is also beneficial for the whole team because it allows other team members to better understand how they all fit in together. This in turn supports team collaboration, creates transparency, enables better communication, and builds trust, because everyone knows what is expected of one another.

Psychological safety and trust are the two pillars of accountability. Without them it’s hard for teams to flourish.

By improving psychological safety in the team, people feel safer taking risks, giving and receiving feedback, and strive for excellence without fear of repercussions should their risk go wrong.

Managers should be encouraging team members to create an individual plan for their work, and then share this during the weekly team stand up (or daily on Slack).

For remote teams, this is particularly useful because natural oversight of one another’s work is lost when the team aren't physically together.

Getting into the habit of sharing progress and regularly checking in on commitments helps reinforce accountability. Having regular check-ins as well as holding retros and reflecting at the end of each project all helps build accountability habits.

4. Have a plan for managing failure

Managers should have a plan in place for managing failure.

Punishment is never a good way to deal with mistakes as it’s likely to create fear and stifle innovation and learning.

Instead, managers should treat mistakes and failures as a learning opportunity. When they analyze the cause, they can decide what isn’t working and what they need to do about it.

Encourage managers to think about making this clear in their team’s culture: some teams have phrases like ‘safe to fail’ as one of their core values for this very reason.

Have managers set aside a time for the whole team to come together and discuss what accountability means to them.

They should collectively write out a shared definition of what team accountability means specifically to the team, with each team member contributing examples of what they think accountability looks like in various common workplace situations.

Document the findings and make sure that all team members, especially new team members, are aware of them. Incorporate accountability into the team norms and behaviors document as well.

Peer accountability is powerful because no one likes to let a teammate down. Establishing a culture of peer review and feedback where people feel they can call one another out is an effective way to resolve performance issues as they happen.

It’s also likely to reduce instances of bureaucracy in teams, as fewer issues will get escalated to management.

The key to peer review is to do this often, ideally in the moment. It’s best to hold somebody to account while they still have time to do something about it.

When teams are working remotely, it's even more important to foster accountability.

Because it takes a lot more effort and intentionality to resolve issues than when everyone is working in the same location.

To ensure hybrid and remote working teams remain accountable, team managers should standardize remote working practices to make sure nothing slips through the gaps.

They also make accountability a daily habit by openly communicating it, sharing their commitments with one another, and reporting on their progress.

At Saberr, we help teams develop this as habit.

In fact, we help them develop all seven habits proven to drive high performance.

To find out how we do this (hint: we use a combination of experiential and digital coaching), have a read of this, or alternatively book in for a chat at a time that suits you.

The Role of Team Composition in High Performance Teams