4 steps for team based Performance Management 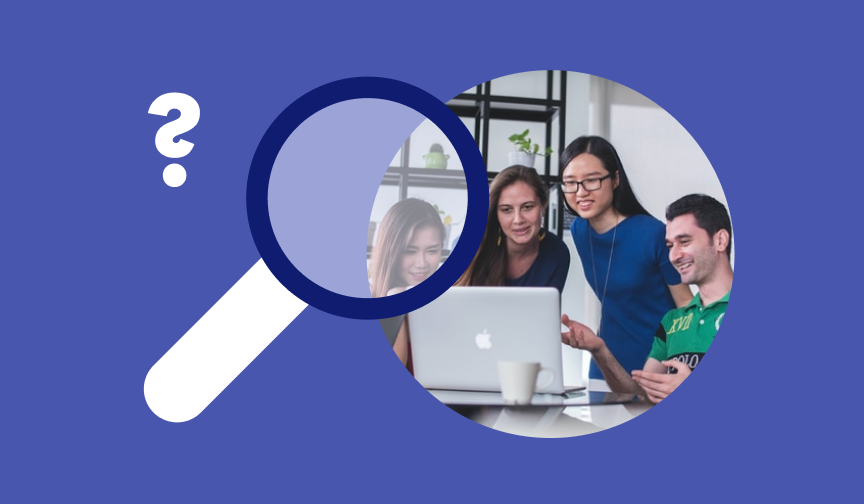 “Forced rankings are out to echos of cheers around the office."

We heard from those around the table that we’re are in a transition period — companies recognise that we achieve more when we work together, so encouraging and rewarding collaboration makes sense. Yet because performance management systems are so tightly linked with reward, guidance is needed on how to make that shift while reassuring our teams that their hard work won’t go unrewarded.

“You have to focus on the team to get the collective behaviours that drive outstanding performance, but it’s not happening.”

The consensus was that team based performance management is the right thing to do, it reflects the way we work today and encourages faster progress. Organisations want to change, they just but don’t know how.

The good news is it that everyone around the table has started on the journey. Annual performance reviews and forced rankings are gone in favour of more regular, meaningful performance measures. But the next step feels like a leap into the unknown.

‍The reality of work is that, occasionally, there will be a team member who’s not pulling their weight. Although this is rare, it introduces risk in team based performance management.

‍Companies that have been rewarding individuals for good performance for years, so there’s a fear of the unknown. A perception that team incentives mean some team members will find ‘hiding places’ and free ride on the success of their high performing colleagues. What’s most concerning here is that the hardest workers are the ones who are going to feel a negative impact.

‍So how do you avoid ‘free loading’ or the perception of free loading? For most teams this is going to be more complex than calling out bad behaviour.

‍Before a team member or manager can call out poor performance there needs to be clear guidance on what constitutes high and low performance. Without a definition of what the team should be working on, it’s possible that someone who’s under performing thinks they’re on the right track.

‍Identifying desired behaviours can be done by identifying team goals and norms.

‍Having clear goals sets a standard for they type of work the team should be doing. Agreeing upon goals and timescales makes it easier for team members to prioritise their work and say no to tasks that don’t contribute to reaching the team’s goals. At Google there’s full transparency on team and individual goals, which likely makes it easier for anyone to start a performance conversation.

‍Norms are what make it ok to point out behaviour that isn’t contributing to your team’s goals. Again, these should be agreed upon as a team, and it can take some time to build the trust and openness needed, but a set of norms is the first step in making it safe for teammates to identify and constructively challenge their colleagues.
‍

How to have a difficult conversation. One of the most in demand training courses and a difficult skill at any level of the business.

Whose responsibility is it?

‍A common theme throughout the roundtable was how to identify whose responsibility it is to have the difficult conversations. Having tough conversations doesn’t become easier when your job title changes — it’s important to remember managers aren’t superheroes. They often share the same feelings as the team members — that there’s a problem, something isn’t right but they can’t put their finger on it. Yet it’s their responsibility to do something about it.

‍Empowering the team to call out those behaviours, reduces the burden on the manger and because team members are closer to the problem it’s easier to identify the origins of the problem. Again this requires a carefully constructed culture, high diversity in the team, strong trust and norms, but ultimately it creates the openness needed for the team to take collective responsibility for their progress and the type of support that will accelerate progress.
‍

‍Giving the team the freedom to self coach and improve their own performance is an important step in ensuring everyone in the team has some ownership and responsibility for the outcomes. However, empowerment without strategy and guidance doesn’t work. Autonomous teams need guidance on how their work contributes to the bigger picture and when they should look to company values to help guide their behaviour. For example in a team that celebrates failure there should be the opportunity to be more open around what’s gone wrong and the chance for the team to learn from mistakes and coach each other.

‍A coaching culture can foster the types of behaviours that encourage collaboration and an environment that supports team based performance management, but usually it’s seen as a nice to have or something you should do if you get time. If we can reward coaching rather than adding it to a to do list we will encourage the right types of collaborative behaviours.

‍There will be occasions where you might find team members who aren’t motivated by team based rewards and don’t want to contribute to the collective goal. In which case, having explored all of the scenarios above it’s probably time to take further action.

Team based performance management doesn’t need to be a huge leap.

‍Some of the most traditional compensation driven industries are becoming more agile, fast moving and team centred. Agile transformation is starting in pockets within the business often the ‘trendy’ tech teams, and for most, feels necessary to drive innovation. Let performance management transformation follow in these departments. Transformation doesn’t need to be risking or daunting it can start small and safe.

‍Want to learn more about performance management for teams, we can help. Get in touch here.