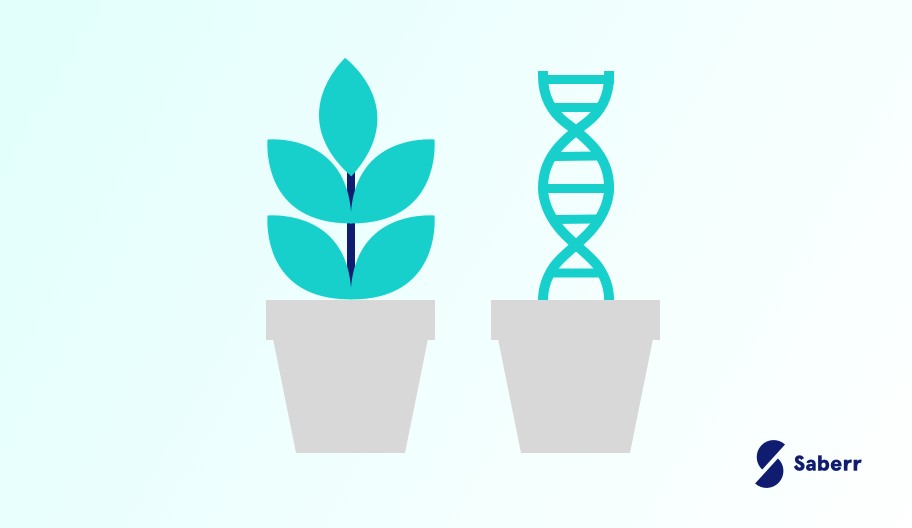 I thought — much like the chicken or the egg — that it would remain beyond our reach. But some geneticists and neuroscientists are taking a stand. The answer they say is Nature.

‍We now know that DNA differences are the major systematic source of psychological differences between us. Environmental effects are important but what we have learned in recent years is that they are mostly random — unsystematic and unstable — which means we can not do much about them.

‍The nature / nurture debate fascinates me because it influences everything. How we manage our careers. How we raise our children. Plomin is characteristically direct about the influence on child development. The main message of Blueprint is that genes are the major systemic force in children’s development.

‍Dr Hannah Critchlow, Cambridge neuroscientist and author of The Science of Fate, shares this line of thought:

‍We are who we are. It’s quite reassuring. As a parent, I find it quite comforting for my child, because there are millions of decisions that I have to make for him and it’s quite nice to think a lot of the work has been done now. The genes, the basic neural circuitry that acts as foundation for his life is already there.

The importance of nature also has implications for our career development. Polygenic scores, which aim to quantify the cumulative effects of a number of genes, are transforming psychological research, Plomin says, because DNA differences across the genome can be used to predict psychological traits for each and every one of us. He estimates that approximately 70% of personality traits relate to our DNA blueprint. This includes traits from extraversion to agreeableness and even our “grittiness”.

‍So, if it’s all predetermined, what’s the point of efforts to adapt our style at work?

‍These findings can be contrasted with other research. Carol Dweck claims the secret to fulfilling your potential is changing your mindset. More specifically, it’s in moving from a fixed-mindset to a growth-mindset. A fixed-mindset is the belief that abilities are innate and fixed. A growth-mindset is the belief that abilities are trainable through effort and failure. Leaders around the world advocate the growth-mindset, from the Headmistress at my daughter’s school to Satya Nandella, the CEO at Microsoft. The mantra is that considering our capabilities as fixed is restricting.

‍But Plomin says that genetics play the key role in determining how much of a natural appetite and inclination to learn we have and that having a growth-mindset is overemphasised. Recently, Dweck said she agrees to the extent that:

A naive version of growth mindset is not helpful… Simply telling kids they can do anything can indeed backfire, particularly if they don’t have the required skills, strategies or support.

I’ve enjoyed contrasting the research and considering whether the two lines are reconcilable. “First nature, then nurture” perhaps? Must we first understand who we are and then work within those parameters to grow? A growth-mindset only makes sense when it’s rooted in reality.

‍The implication for parenting means first understanding our children for who they really are. As Plomin writes, “parents naturally want their children to be the best they can be but it’s important to distinguish that from what parents want them to be.”

‍The implication at work may be that we need to develop self-awareness and play to our strengths where possible. We are unlikely to be able to change behavioural tendencies that are rooted in our genes. But there must also be room for our own growth and adaptation. And in a social environment, we also need to be curious about what makes others tick.

‍I’m looking forward to reading Critchlow’s Science of Fate, recently recommended to me, although the subtitle seems a bit of a spoiler. “Why your future is more predictable than you think.” The nature versus nurture debate will run and run. But I think it’s getting more interesting.

How to improve stakeholder management