Habits, routines and rituals at work 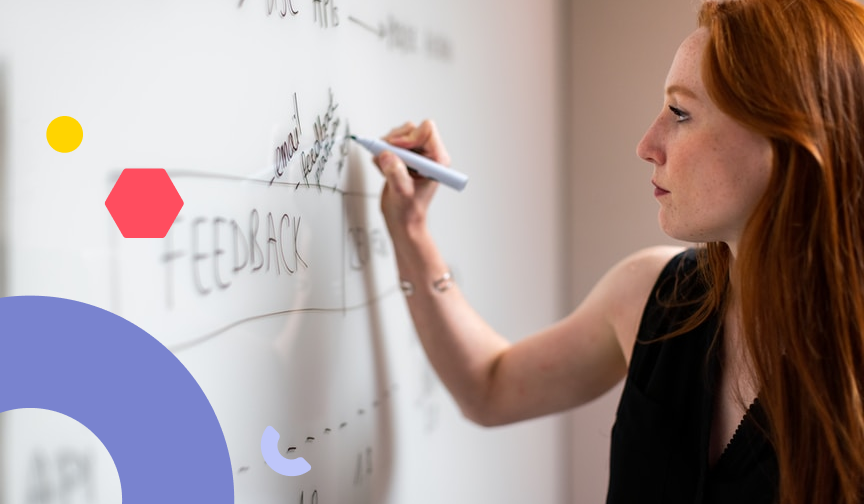 When we talk about the habits of great teams, it’s shorthand for something a bit more complex. The headline is a cycle of repeating important actions regularly. But these might in fact be a combination of habits, routines and rituals.

We tend to use some of these words interchangeably but there are subtle and important differences:

A routine is a sequence of actions regularly followed. It takes effort to make it happen. A good example is going to the gym every Wednesday. An example at work could be setting goals each quarter.

A habit is a behaviour that starts as a choice, and then becomes a nearly unconscious pattern. A good example is buying a coffee on the way to work. An example at work might be asking everyone to express their views in turns in a meeting.

A ritual is a sequence of actions endowed with something unique, an extra level of awareness creating a more meaningful moment. You could call it a special routine.

A good example is a particular or unique family tradition, or singing a certain song on a special day etc. An example at work might be celebrating each new joiner to the team with a personalised welcome.

The start point for many of these regular team activities is often to start a routine. This typically requires conscious effort and determination. Just as it takes effort to get to the gym every week. It takes effort initially to get together as a team and reflect on what’s happened that week in a retrospective. It takes effort to set and review team goals.

These are not yet instinctive behaviours, or habits. They may not be invested with the same level of meaning as a ritual. But this can happen later.

The main difference between habits and routines is how aware and intentional you are.

A habit usually manifests itself as an automatic urge to do something, often triggered by a particular cue. Habits happen with little or no conscious thought, whereas routines require a higher degree of intention and effort.

With enough time and the right techniques, routines can turn into habits, but it is not an automatic process.

Habits are automatically triggered by cues. The way to reinforce a habit is with some kind of reward. This creates a reinforcing cycle.

One approach - habit stacking - involves anchoring a new habit to an existing one. For example: “After brushing my teeth, I will do 20 press ups.” At work this might be - whenever we start our weekly meeting “we will have a few moments of mindfulness” or “we’ll check in on goals”.

The difference between a routine and a ritual is the level of meaning behind the action.

Routines can feel more mindless and, well, routine. Rituals are invested with more meaningful practice that can create a sense of purpose.

A great book on rituals at work is Ozenc & Hagans “Rituals for Work”. They highlight 50 rituals for work that might give inspiration. But they also provide a short guide to designing rituals in a more conscious way.

A ritual has a connotation with being spiritual, but rituals can be developed at home and at work too. A great friend of mine in Argentina had a ritual of “eating ravioli every saturday for 20 years”. The symbolic meaning of that lunch was clearly significant for his extended family.

Some people have developed a ritual of writing a journal with evidence that journaling and expressing gratitude have significantly positive effects on wellbeing. With rituals, you are fully engaged with a focus on the experience of the task, rather than its mere completion.

As you start to consider the habits, routines and rituals that you’d like to develop the subtle differences between routines, habits and rituals will become clearer. You will want to develop all three.

As you develop a set of routines, habits and rituals that work for you and your team the impact on performance will be significant. As any sports teams or group of musicians will testify, these regular practices are the foundation for improved performance. If you invest the time and effort to develop them you’ll never look back.

If you need help deciding what the important processes are for your team, then check out Saberr's guide to the top 7 habits of highly effective teams, along with good templates and exercises to help kickstart the routine.

How to Manage & Improve Team Dynamics