How to create a team charter 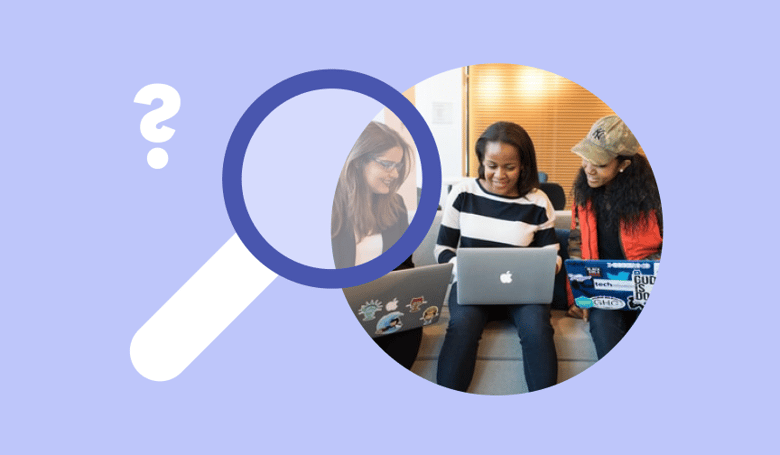 The way you behave as a team is governed by a set of unwritten rules and behaviours which make up your team culture.

As a manager, leading your team through an exercise to formally define these behaviours can improve trust, accountability and responsibility in the team.

These written norms can be anything from meeting etiquette, how you socialise as a team or how decisions are made. To find out how your team can define its behaviours, read here.

Putting these previously unwritten rules down on paper can help improve performance but there’s a danger of investing time defining your team behaviours, only to end up with a load of dusty post-it notes and a photo of a whiteboard buried deep in your iPhone gallery.

Here are six ways to avoid that.

1. Make sure your behaviours are tangible and targeted to your team

One common mistake is to confuse team behaviours with organisational norms or values.

Whilst the two should be in line, team behaviours are those which you have chosen to commit to as a team.
‍So it makes sense to use language that you would use as a team everyday. For example;

Your behaviours will read more like a set of commitments in your own words and less like the manifesto of a sect.

It’s also important to remember, behaviours that aren’t specific enough are a lot harder to put into practice.
‍

If you start with a set of team behaviours but realise over time that only half of those resonate, scrap the rest.

This can be particularly useful if your team is faced with one problem which needs to be addressed before everything else.

Glen Mazzara produced a TV series called The Shield before producing The Walking Dead. When his team of writers got together to brainstorm script ideas, two of the younger women barely spoke a word.

He later observed that some of the other team members would interrupt or dismiss the two women whenever they did try to pitch an idea.

Mazzara set a new team behaviour; Nobody in the team will interrupt another person while they are talking.

“Do not knock something off the table unless you’re going to replace it. Do not just piss on someone’s idea without offering one better. That’s not fair. That’s not kind. That’s not respectful and that’s not your job. Your job is to generate ideas.”

Now that you’ve got specific useful behaviours make them visual — as a reminder to the rest of the team but also to make other teams aware of them.

It doesn’t really matter how you do it as long as you have physical reminders of your team behaviours.

We realised that as a team, we had a tendency to overcomplicate the way we made decisions and ran projects so one of my team’s behaviours is that “we keep things super simple”. This behaviour is printed out and stuck on the office wall so that whenever we’re going down a rabbit hole, we can point at it and come back to find the simplest answer.
‍

4. Align your procedures with your behaviours

If there are gaps between everyday processes and your team behaviours, one of the two will suffer at the expense of the other.

The Hotshot Crew were an elite team of firefighters who specialised in combating the worst wildfires. The team leader, Eric March, stated a powerful manifesto that captured the team’s purpose and behaviours and became embedded in the team’s culture.

“Why do we want to be away from home so much, work such long hours, risk our lives, and sleep on the ground a hundred nights a year? Simply, it’s the most fulfilling thing any of us has ever done. We are not nameless or faceless. We are not expendable. We are not satisfied with mediocrity. We are not willing to accept being average. We are not quitters.”

As a fire in Arizona threatened to over take the Hotshots in 2003, they followed safety protocols and retreated to a clear zone.

But the firefighters’ tough culture took over, and they made the decision to go back in, breaking their own protocol and putting their lives in danger ultimately leading to the loss of 19 team members.‍

There was a clear disparity between the Hotshot’s behaviours (we are not quitters, captured in their manifesto) and their processes (safety protocol). When it came down to it, the safety protocol lost out to the manifesto because the latter was so powerfully built into the team’s culture.

If your team processes and your team behaviours are conflicting, one of the two will lose credibility and become obsolete.

5. Draw specific actions from your behaviours

Reflect on your team behaviours periodically and discuss your next steps in order to close gaps between these and the reality of how things are done.

This will be a lot easier if your behaviours are clear and specific enough. Consider for example:

6. Share your team behaviours with candidates and new hires

Communicating your team behaviours at the interview stage is one way of encouraging candidates to assess the culture fit but it also sends the message that you care about who you are as a team.

Even if you’re hiring internally, behaviours vary widely from team to team, so it’s good practice to actively design the norms of behaviour to build a positive team culture

If a candidate becomes part of the team, take time out in your first one to one to share the team behaviours with them. This should help them get off to a flying start with  less guess work as to what to expect and how to behave with their new team!

By sharing the Hotshot’s manifesto with candidates, March was clearly stating the level of courage and performance expected of new firefighters.