How to encourage good teamwork habits 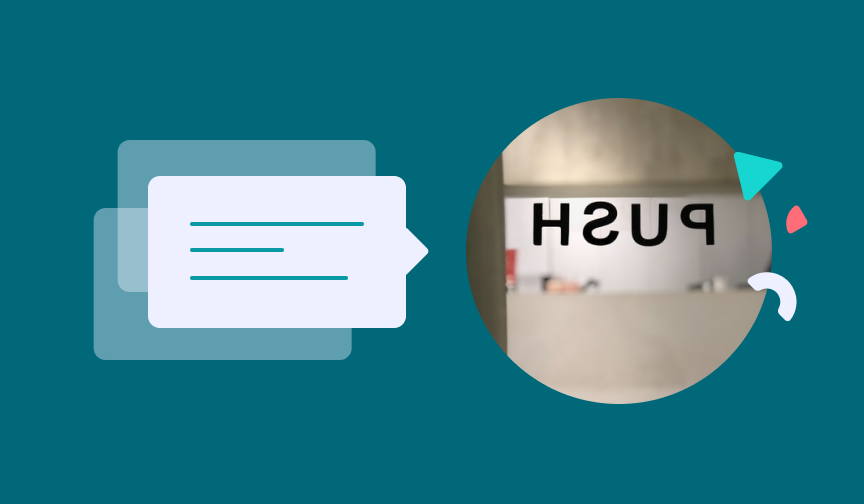 Richard Thaler’s Nobel Prize winning research shows how, quite remarkably, we can be nudged towards making better decisions.

“If you want to encourage someone to do something, make it easy”

It can be as simple as that.

Rather than lengthy and expensive, top down change management initiatives we should be looking at individual behaviours that will influence positive outcomes.

Once these behaviours have been identified, focus on them one at a time and consider the most simple way to encourage good habits.

Nudge Theory argues that “positive reinforcement and indirect suggestions to try to achieve non-forced compliance can influence the motives, incentives, and decision making of groups and individuals, at least as effectively –if not more effectively– than direct instruction, legislation, or enforcement.”

So, in short, if we avoid nagging, make positive choices easier, but ensure there’s freedom to make a decision we’re more likely to do what’s best for us.

A 2013 Cornell University study demonstrated how this works. When schools switched from whole apples to pre-sliced apples, apple consumption went up by 70%. The schools made it easy for the student to eat the apple, a simple nudge to improve healthy eating.

There’s growing evidence that nudge theory works in helping us to make better decisions in our personal lives, for our future selves or to help others.

Apps like Moneybox round up your purchases to the nearest £ to help you save or invest your change.

UK pension contributions have jumped from 2.7m to 7.7m in the five years since auto enrolment and shockingly, when a picture of a fly was etched on each urinal in Amsterdam airport — giving visitors something to ‘aim’ at, the cost of cleaning the men’s toilets reduced by 80%.

Can we apply the same theory to our work to create high performing teams?

How can we apply nudges to improve team performance?

The examples above show that making a good case for better decisions or behaviours, while rational and reasonable, isn’t enough to influence behaviour change.

It’s probably not surprising to hear that “human behaviour and decision-making is irrational, systematically biased, and frighteningly habitual.”

If we’ve taken the first step to identify what needs to be changed, next we need to look at motivation.

By understanding what motivates our team, nudging them in the right direction becomes easier because we can provide a the right incentives.

Whether that’s being quietly recognised for good work or, a financial incentive to work towards. Our values are our core drivers, and key to intrinsic motivation, so identifying which values your team prioritise will help you nudge them in the right direction.

Behaviour change in an organisation can feel like a colossal task and adopting a new habit usually feels like hard work.

So we need to think small.

Instead of making a big change over six months, think of it as making lots of little changes.

At a team level a good place to start is with norms of behaviour, these will already be established but are rarely documented or formalised. Discussing norms as a team is an easy way to highlight small changes that might positively impact performance.

By empowering the team to decide which norms they’d like to adhere to, you’re giving them the freedom to make their own decisions. You also provide them with the accountability to nudge each other if they happen to go off track.

When was the last time you checked in on your goals?

Rather than quarterly check ins what about weekly or even more frequently than that?

We set reminders to attend meetings, or to pick up washing powder on the way home, but regular reminders about what we’re trying to achieve are much less common.‍

Many of us keep a to do list, but we don’t often reflect on how these everyday actions are helping us achieve our team or personal goals. With nudges we can be much more effective.‍

You might occasionally find yourself working on the project you find most interesting rather than most important, or making sure you get all your emails answered by the end of the day.

Consider how you might re-prioritise if you received a text asking simply “is what you’re working on right now is going to help you achieve your goals?”

The reminder isn’t forceful and doesn’t suggest that you’re doing something wrong. Instead it calmly guides you to make a decision, in private, about what to work on. There’s no judgement and you can ignore the nudge if you want to, but it’s probably been effective in refocusing you for the rest of that day.

The marketing industry has been nudging us into decisions for years. Placing snacks by the checkouts so we spend an extra £1 before we leave the store, putting promotions at eye level or telling us there’s only three tickets left at a discounted price.

Rory Sutherland, Vice-Chairman of Ogilvy Group UK, recently launched Ogilvy Change. Based on theories from behavioural science and social psychology, the company aims to change behaviour for the better. Their projects include increasing childhood activity to reducing anti social behaviour.

To help nudge behaviour in the right direction they’ve developed the EAST model, an easy to follow model that can also be applied to team behaviours.

With these little and often changes, we have the chance to nudge our teams to improve productivity while maintaining freedom and autonomy in decision making.‍

At work and at home a friendly nudge can go much further than a forceful shove, which is good news all round!