How to manage a multigenerational team 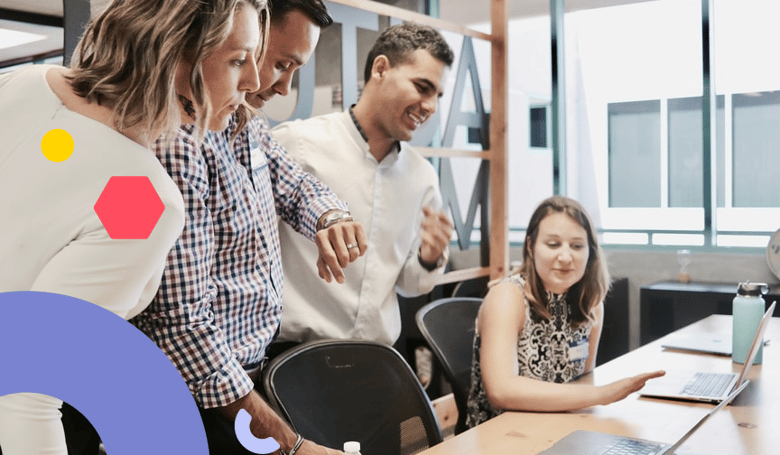 For some years now, the topic of Generation X, Y and now Gen Z and the relationships between each cohort has been ever-present in conversations at the water cooler, in boardrooms and smoothie bars of organisations around the world.‍

These three groups now make up the majority of the working population, occupying positions from the top to the bottom of organisations that offer us the opportunity to be part of multigenerational teams where we can apply our knowledge, collaborate to solve problems and ultimately give ourselves a standard of living that, hopefully we can enjoy.

But the conversations are interesting ones, often focusing on the perceptions, judgments and biases of one Generation’s experiences over another and why one Generation needs to change in order to satisfy the wants, needs and beliefs of those they work with. This usually leads to disagreements, suppression of ideas and internal conflicts that can limit the ability of a team to perform to its highest potential.

Some argue that societies are defined by inequalities that produce conflict and force social change that is then seen as the norm (Sears, 2005). Others just call it as they see it, saying they are misunderstood, misheard and mistreated by the others they work with.‍

Observers have noted these behaviour patterns for each Generation, which can point towards some of the differences experienced within teams.

Generation X have been broadly characterised as being skeptical, resourceful, independent and straightforward, seeking flexibility and work-life balance from the organisations they work for (Abrams and Von Frank, 2013).

Generation Y (Millennials) on the other hand are known to be tech savvy, collaborative and versatile, seeking fast rewards, instant feedback and are confident in their own capabilities within the work place (Abrams and Von Frank, 2013).

And now coming into the workplace are Generation Z, or as some have labelled them Plurals, a cynical, private, multi-tasking group of hyper-aware and technology-reliant individuals who value honesty and privacy; they are so familiar with receiving stimuli from every direction possible that they think and act with a complexity that is incomprehensible to some (Elmore, 2015).

In team situations, these behaviours can be the cause of deep frustration.

Consider for a moment a regular team meeting that everyone has been asked to attend, each generation will approach it in different ways…

Beliefs and where we learn them

Bateson (1981) argued in his Logical Levels model that we have at our core, our identity and the beliefs we hold true. These underpin the skills, capabilities and behaviours that we demonstrate in our interactions with the world.

Alongside this, current estimates from neuroscience suggest that approximately 6% of behaviour is transferred genetically (Derringer, 2010), which would imply around 94% of human behaviour is learned from the environment around us, and our experiences within it.

So in the absence of experience, where do our beliefs, these generalisations that we hold close and true to defining who we are, come from?

Beliefs are installed when we have rapport with an individual. We unconsciously see them as an authority and we do not critically analyse the information they present us with. Our unconscious brains accept that information as ‘fact’, irrespective of whether it is true or not, and work to keep it this way unless challenged at a very deep level.

In reality, when we are faced with a new experience — be it at home when we are growing up, in school or in the workplace — we are open to hearing and accepting the beliefs of how we should behave and what ‘s ‘right’ and ‘wrong’. We generally have rapport with the more experienced people who guide us in those moments (parents, teachers, managers), we respect their authority and therefore initially have little or no rationale for critically analysing the ‘facts’ we are told.

But this is where the conflict and subsequent frustrations in interpretations of behaviour can occur.
‍

If we take the earlier scenario for example …
‍

When these differing beliefs are brought into the team environment, teams limit their potential to perform if time is not spent learning about what each team member values and believes.

With an increasingly complex work environment, one with multiple objectives, roles and responsibilities, it can seem difficult to find the time to appreciate each other, and what strengths each team member brings to the table.

However, by dedicating regular time to listen to what other people believe to be true, what they value in the world and where those ‘truths’ originate from, teams can start to positively understand why people behave in the way that they do.

If the information learnt is embraced from a position of curiosity — one that seeks to embrace the individual’s intentions that are often good at their heart — then team members can learn about each other’s values and why they do what they do.

And with this approach onboard, teams can learn to bridge the perceived gaps between them and build bonds that will enable them to achieve collective success now and into the future, irrespective of the generation each team member is from.

Sears, A. (2005) A good book, in theory: A guide to theoretical thinking. Peterborough, Ont.: University of Toronto Press.